This message was originally sent out via the AAPIP mailing list on Tuesday, November 29, 2016, which coincided with 2016’s #GivingTuesday.

As we begin to fully process the Presidential election results and the impact it will have on all of our communities, we become increasingly concerned for historically vulnerable communities, particularly the Arab, Middle Eastern, Muslim, South Asian (AMEMSA), LGBTQ, and immigrant & refugee populations. While acts of violence and hate are not new to our community, complacency and continued acts of hate are not the reality that we are willing to accept.

AAPIP continues to envision a just and equitable democracy with the full civic and economic participation of AAPIs. This vision will continue to remain highly relevant in the days, months, and years ahead. We know that AAPIP plays an important role bringing philanthropy and community together to address unmet needs in our community. We hope you’ll consider a few action items:

While the future holds much uncertainty, we are inspired to hear stories of funders standing with those individuals and communities who are most vulnerable in the current political climate.  We, at AAPIP, stand with you too.

AAPIP has been proud to support a number of groundbreaking social justice initiatives on behalf of AAPI communities and causes in the U.S. Please consider giving to one of our community partners now!

AAPIP incubated CAAL, which is now led by local Asian American leaders in Minnesota who are leveraging their assets to harness power to build unity, cohesion, and common agendas to advance equity.

AAPIP led a concerted effort to learn, research, and listen to LGBTQ AAPI groups and leaders to determine how to better partner and support this community that has various assets, challenges, and needs. 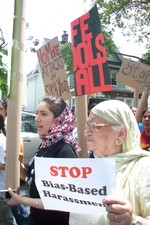